what are the benefites of using of precast bridges over cast in-situ bridges?

By Mohammad - March 30, 2019
There are different types of precast bridges. prestressed girders bridge is very common. method of constructing foundation and piers are similar to cast in-sit bridges but there is a major difference in constructing the superstructure. in precast bridges girders are placed above piers then top slab is casted or installed in the event of using precast concrete for top slab. for cast in-situ bridge, falsework are required. falsework is a temporary structure used to support the superstructure of the bridge until it becomes self-supporting. Then formwork for superstructure will be erected and finally, concrete will be casted after completion of reinforcement works. this a quick summary about precast and cast in-situ bridges. precast bridges benefits can be summaries as follow: 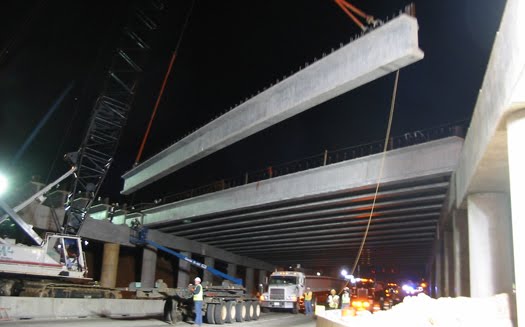