By Mohammad - April 14, 2019
concrete is a composite material composed of cement, coarse aggregate, fine aggregate, and water. admixture can be used to enhance concrete properties. for example, superplasticizers added to increase concrete workability and reduce W/C. GGBS and silica fumes added to increase concrete strength and durability. The weakness of concrete compensated by adding steel. concrete is good at resisting compression but weak in tension. therefore steel added to resist tension. the following is the properties of concrete 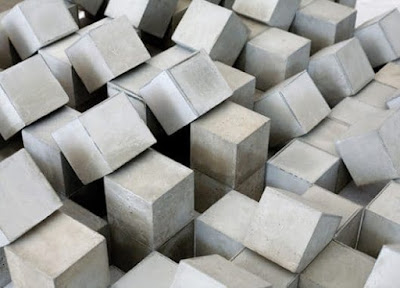 concrete strength tested at 28 days. cylinder (150mmx300mm or 100mmx200mm) or cubes (150mmx150mmx150mm) used to test concrete compressive strength. samples of concrete are submerged in water or kept in a room with constant temperature with 100% humidity.
the ultimate strength of concrete range from 15 Mpa to 140Mpa. the vast majority of concrete used in construction strength ranges from 20 Mpa to 50 Mpa.

AASHTO 5.4.2.4 provides an equation for calculating the modulus of elasticity.

this equation valid for concrete unit weight between 1440 and 2500Kg/m3 and compressive strength up to 105Mpa.


Shrinkage of concrete can be reduced by maintaining proper curing of concrete and increasing the time between casting and loading.

creep of concrete can be reduced by maintaining proper curing of concrete and increasing the time between casting and loading.