The first method(design tables)
This considered the quickest method in designing beams, tables contain the value for Mu/(Ф*b*d^2) and ρ. this table for tensely reinforced rectangular members, therefore, Ф value should be checked. 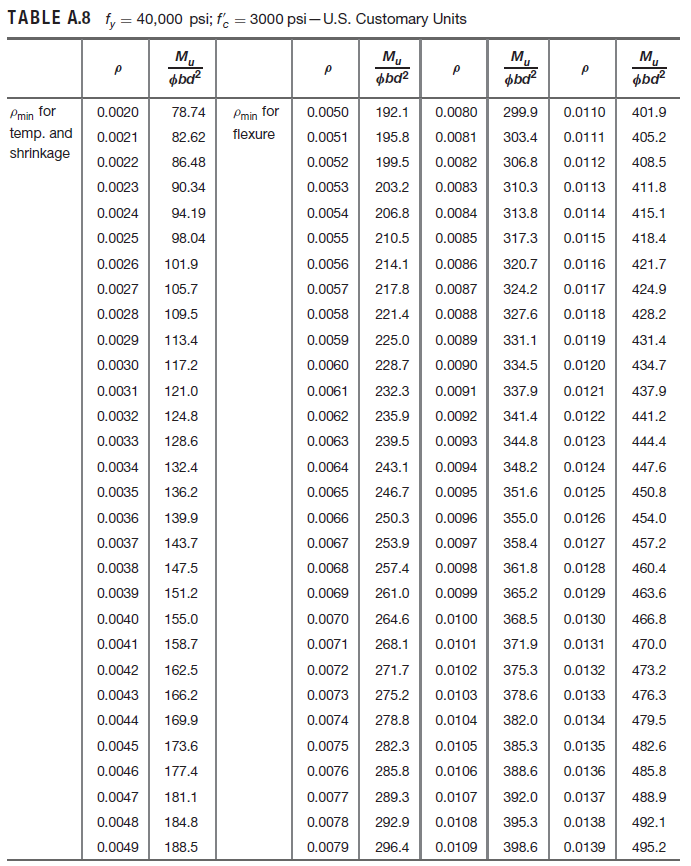 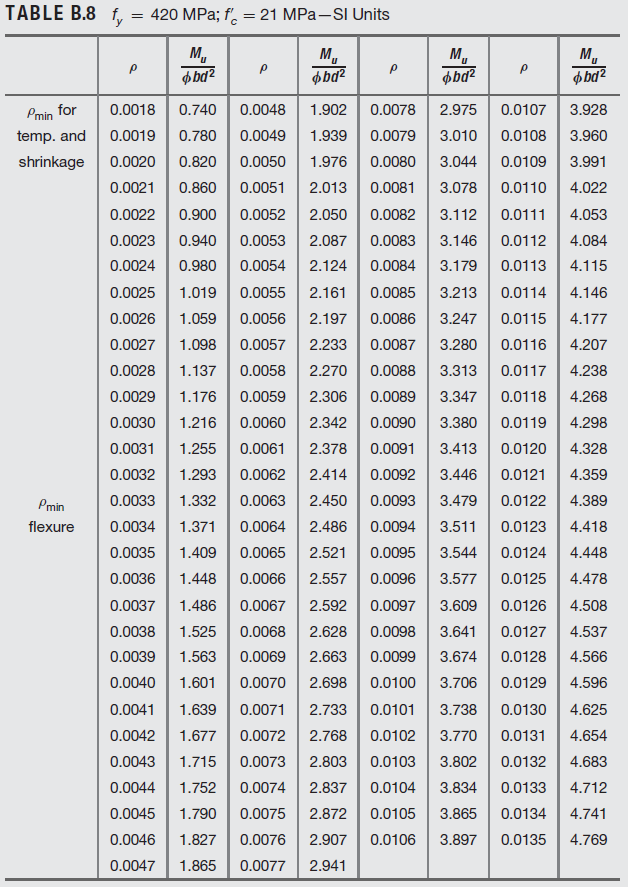 The second method(The use of ρ formula)

The third method(Trial and error method)