Idealizing of structure for structural analysis

By Mohammad - May 24, 2019
The analysis of existing structure required sufficient engineering knowledge. the first step in analyzing an existing structure is to model or idealize the structure, idealizing of a structure will involve:  idealizing different component and the connections between the component, any mistake in idealizing structure will lead to failure and wrong analysis.let idealize the jip crane shown in figure one, for idealizing we can neglect the thickness of member AB and member BC,but we should show the length of members connection at point B can be assumed as fixed because it is rigid, similarly for connection at point A, the load of the hook idealized as a concentrated load, figure 2 showing the idealizing of jip crane shown in figure 1. 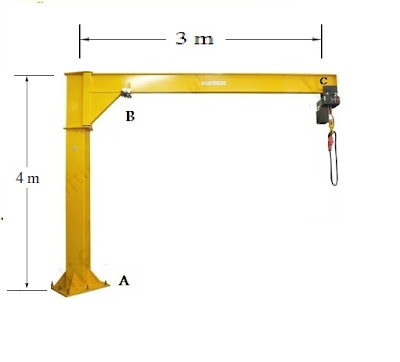 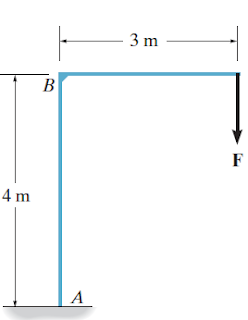 Beam and girders are the main loads carrying component in floor building system, girder is the main member used to transfer the load to column, beams are smaller than girder and they are connected between girders, beams will transfer the slab load to girders, let consider framing system used to support floor slab in figure 3-a, girders and joist will be idealized as lines as shown in figure 3-b, if the connection between joist and girder is not rigid, it can be considered as pin or roller support, this connection idealized by leaving space between girders and joist, similarly for the connection between girder and column. for rigid or fixed connection, lines shall be connected as shown in figure 4. 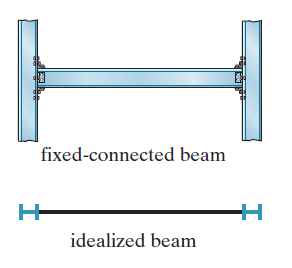 For reinforced concrete floor system, the girder and beams will be represented by double lines as shown in figure 5-b, the connection for this system often considered as fixed, therefore the members are drawn to supports.