By Mohammad - May 22, 2019
The buckling of the unsupported beam with any dimension even narrow and deep is a rare occurrence. If the beam subjected to appreciable lateral torsion. ACI code [10.4.1] stating that lateral support is not required to placed closer than 50 times b, where b is the least width of compression face or flange.however, it must be considered in determining the maximum spacing for lateral support. 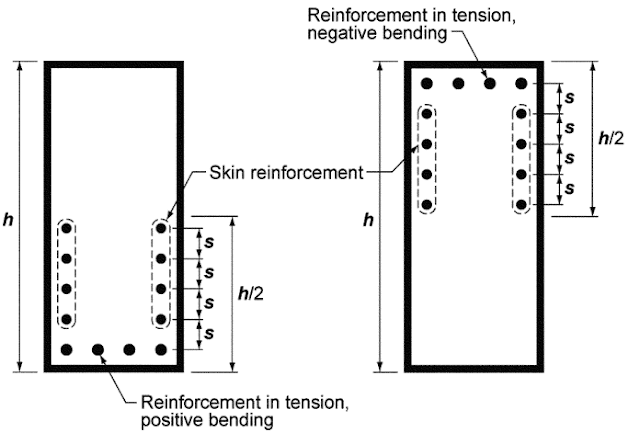 spacing between skin reinforcement shall be according to ACI code [10.6.4],

fs is the calculated closest to the tension face at service load shall be computed based
on the unfactored moment. It shall be permitted to take fs as 2/3fy.
Cc is the least distance from the surface of skin reinforcement or prestressing reinforcement to the side face.