torsional stiffness of members when to considered in analyzing a bridge

By Mohammad - May 13, 2019
Loads acting normal to the bending plane will cause bending moment and shear force when this loads act away from the planes, torsion moment will develop with bending moment and shear force. figure 1 shows different examples of beams subjected to torsion. shear stress due to torsion will cause diagonal cracks. if the member is not reinforced sufficiently, brittle and sudden failure may occur. this forces will act on a member at the same time. analyzing the combined effects of bending moment, shear force and moment is very complex due to the variable of cracks, inelastic behavior of concrete and the complex stress distribution due to the effects of combining bending moment, shear force and torsion. therefore, the member designed separately for torsion. then the required reinforcement is combined with other requirements. 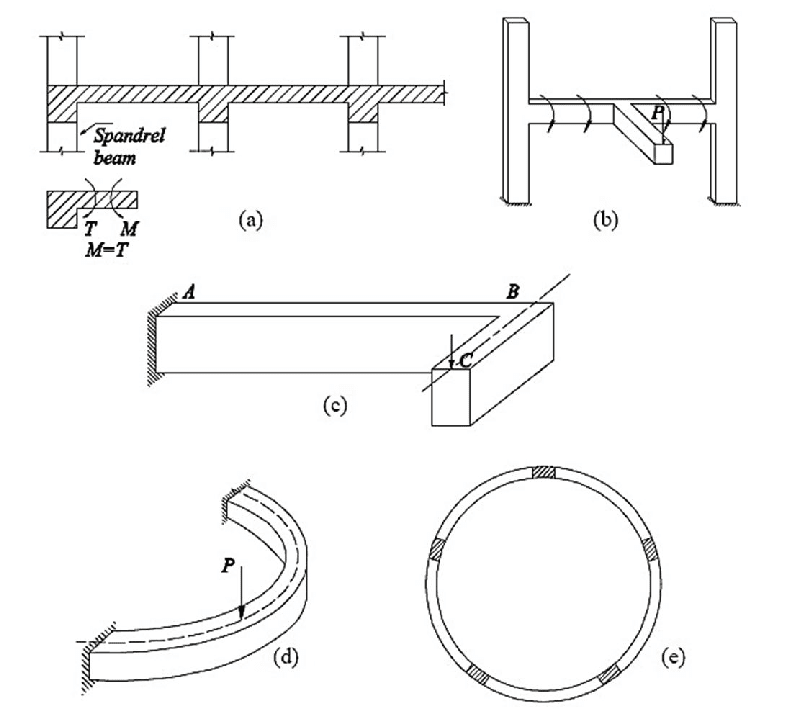