The mechanism of bearing movement is by sliding. Sliding materials will slide against a hard mat. PTFE (Polytetrafluoroethylene) used commonly as sliding materials. Sliding material should have a low friction coefficient. PTFE possesses low static and dynamic friction coefficient, which make it very suitable to slide against hard material such as stainless steel without creating high friction force. PTFE possesses excellent chemical resistance, and it can operate under a wide range of temperature. Also,  the coefficient of friction for PTFE decreased with increasing compressive force. The demerits of PTFE is low compressive strength and high thermal expansion. 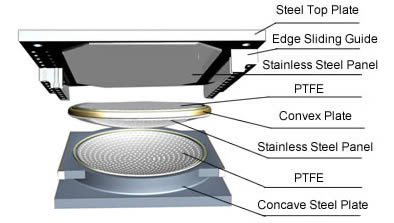 Stainless steel plate size should be larger than PTFE to prevent the exposing of PTFE plate to the environment and protect it from deterioration. Also, it should be placed above the PTFE plate to avoid the ingress of dirt or any harmful materials. 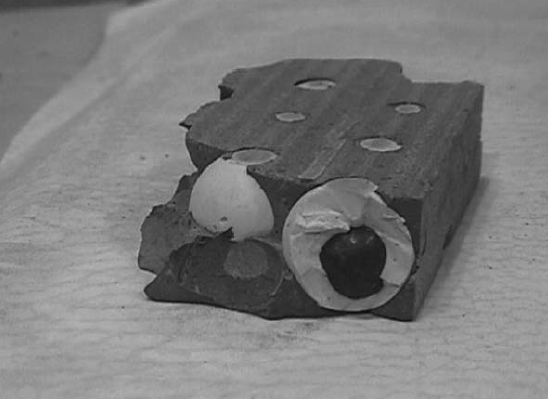