complex truss: for trusses that cant be classified as simple or compound as the one shown in figure 3, this considered complex truss 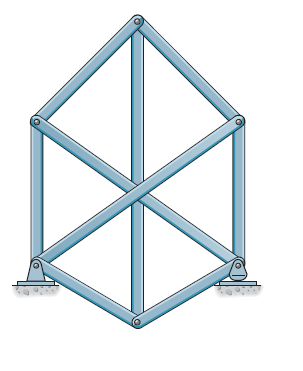