By Mohammad - June 13, 2019
Bleeding can be defined as a form of the local concentration of water at a specific location, usually at the bottom of coarse aggregate, the bottom of reinforcing steel and at the top surface of the placed concrete, bleeding will adversely affect the concrete by increasing the permeability and this will reduce the strength and durability, permeable concrete will allow easier passage of aggressive chemicals such as chloride, the passage of this chemical will result in reinforcing steel corrosion. 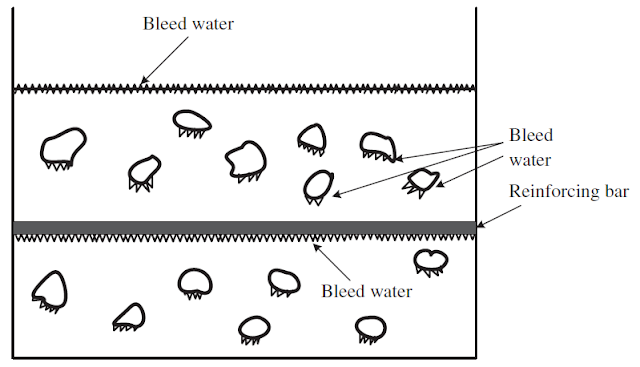 
How to reduce bleeding in concrete?