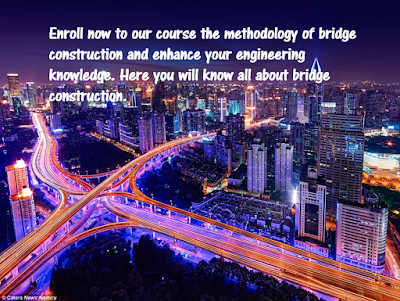 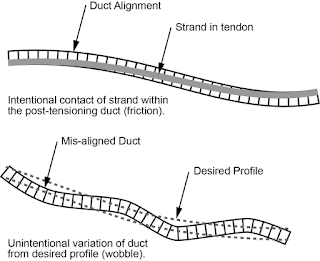 The friction losses can be calculated using the following equation.

fpj = stress in the prestressing steel at jacking (ksi, Mpa)

x = length of a prestressing tendon from the jacking end to any point under consideration (ft, m)

α = sum of the absolute values of angular change of prestressing steel path from jacking end, or
from the nearest jacking end if tensioning is done equally at both ends, to the point under investigation (rad.)

e = base of Napierian logarithms


The friction coefficient can be determined at the field by conducting friction test for a single tendon. In the event of the impossibility of doing the test for any reason, the table below provides values for friction and wobble coefficient for ducts of different materials.