By Mohammad - June 26, 2019
Soil classified into fine-grained and coarse-grained. Determination of soil texture depends on soil particle size, shape, and distribution. Gravel and sand are coarse textured. Clay and silt composed of predominantly tiny materials cant be seen by naked eyes. Therefore they are considered as fine-grained. 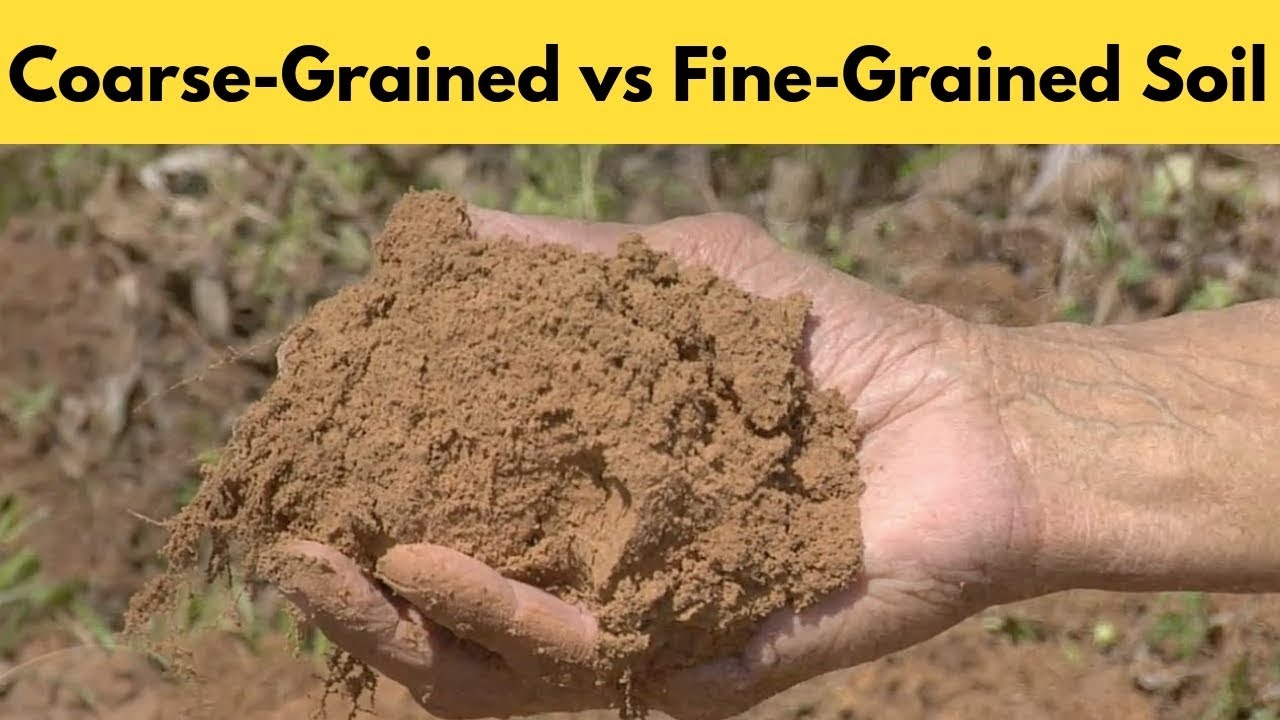 Engineering behavior is related to soil texture, especially for coarse-grained soil. Classification of soil based on texture is more common in Agronomy (branch of agricultural science that deals with the study of crops and the soils in which they grow) more than in engineering. The soil texture classification terms(sand, gravel, silt, and clay) is still useful for the general sense in geotechnical engineering. For example, fine-grained soil behavior affected greatly by adding water. Adding water affects the particle interaction, and this will affect the soil cohesiveness and plasticity.

Sol can be classified based on plasticity and cohesion. Clay is considered as plastic and cohesive whereas sand is non-plastic and cohesionless, silt falls between clay and sand. Even silt and clay are fine-grained, but they don't possess the same properties. Table 1 showing some engineering characteristics of the soil. 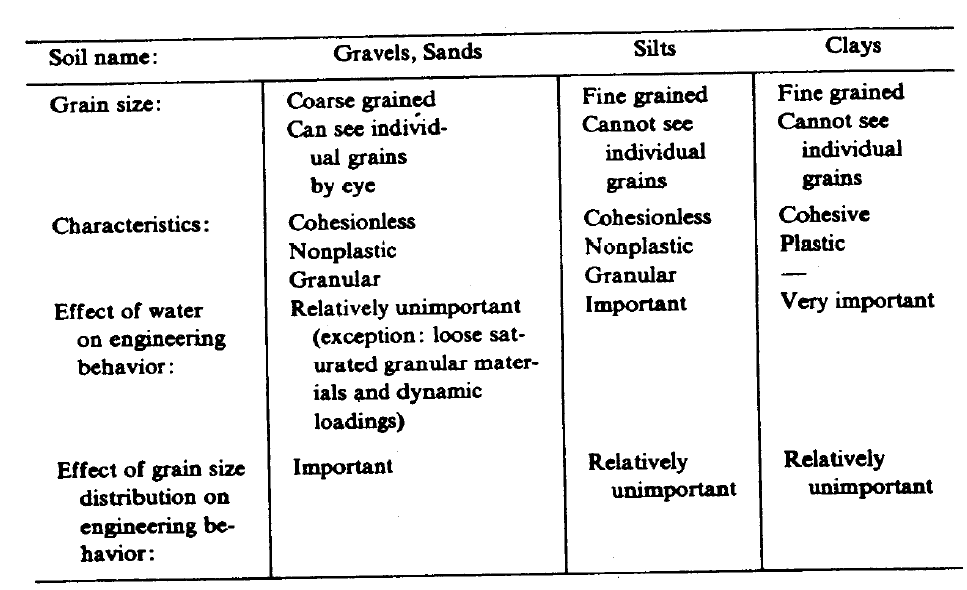