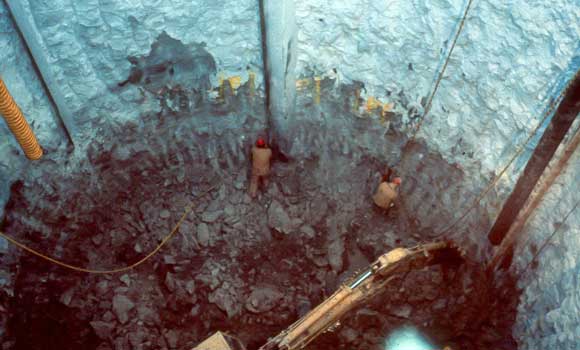 The principle of this method is to freeze the water inside ground pores using refrigerant to form a frost wall. Water content should be more than 5%, so it will freeze. If the water content is less than 5%, water can be added using a fire hose, a sprinkler system, a borehole or injection device for increasing the water content to the desired magnitude. For tunneling freezing, lances should be installed from tunnel to the direction of excavation. The lances should be placed in crown shape or spring line to produce a closed, frozen body. The space between lances should be limited. Usually, lances are spaced at 1 m. The freezing area should overlap to create an impermeable barrier. Cooling fluid is pumped through the freezing lances. Examples of cooling materials are brine (salt solution) with a temperature of –50 C to –20 C, or liquid nitrogen which evaporates at –196C.

Limitations:
There are two methods of ground freezing: 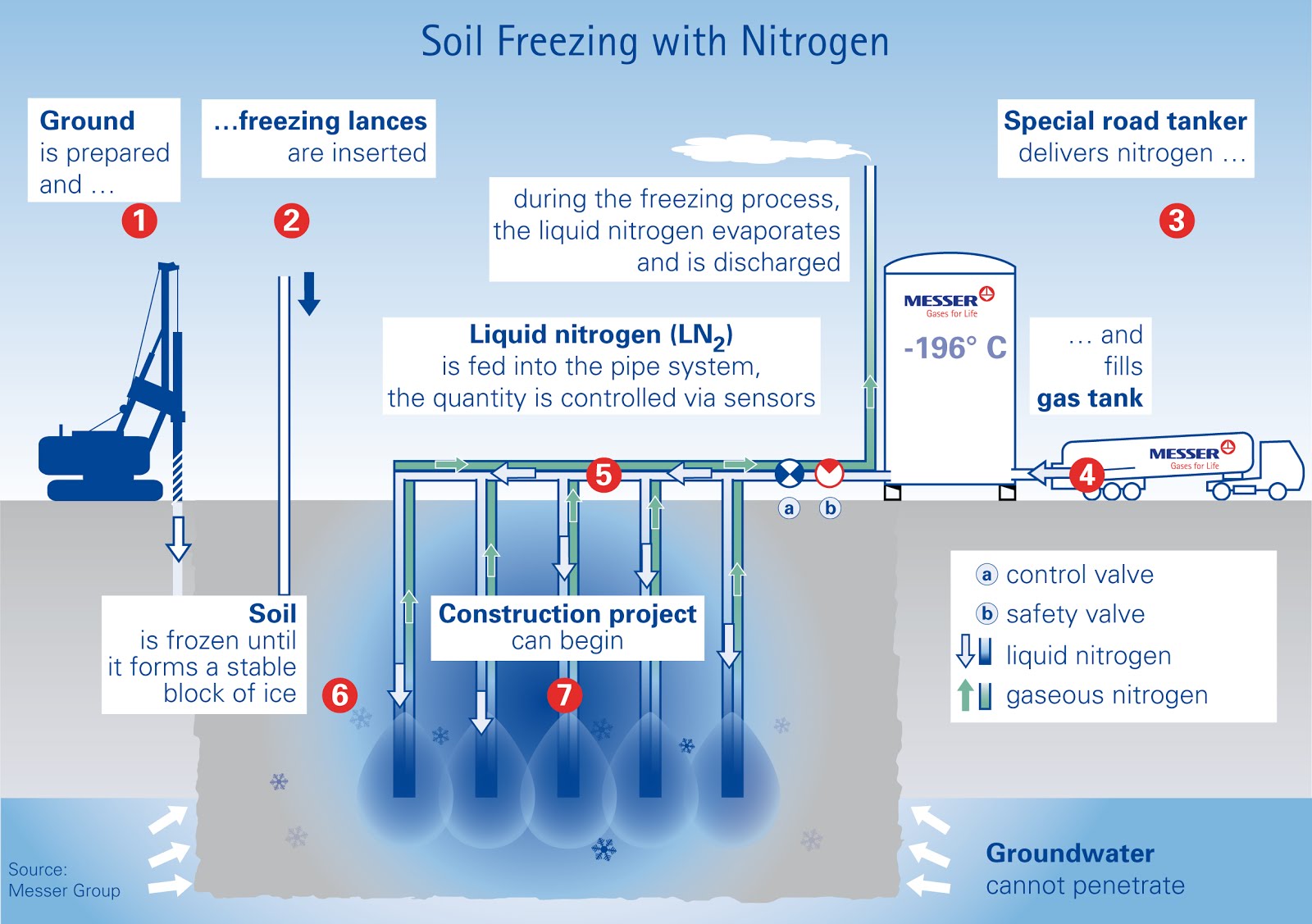 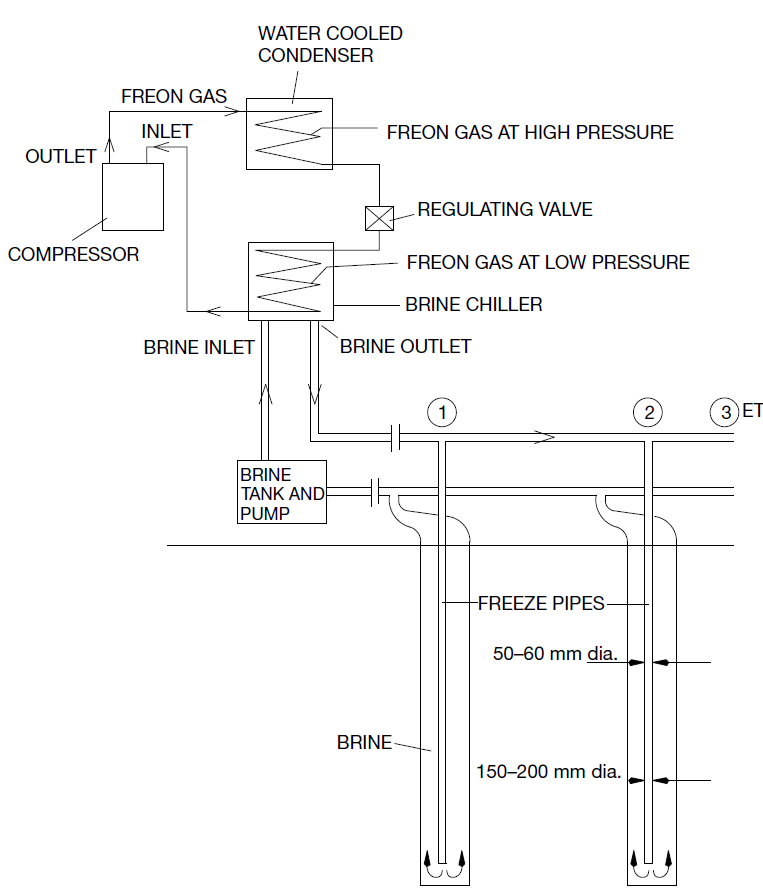 There is a possibility of soil heave during the freezing process. Then soil settlement after de-freezing the soil. Fine-grained soil is highly susceptible to heave. Fine-grained soil has low permeability, during the freezing process, water will be trapped inside the soil pores, and this will cause soil heave. For coarse-grained soil, water will drain because the soil has a high permeability. The soil heave can be reduced by controlling the speed of freezing and the sequence of freezing. 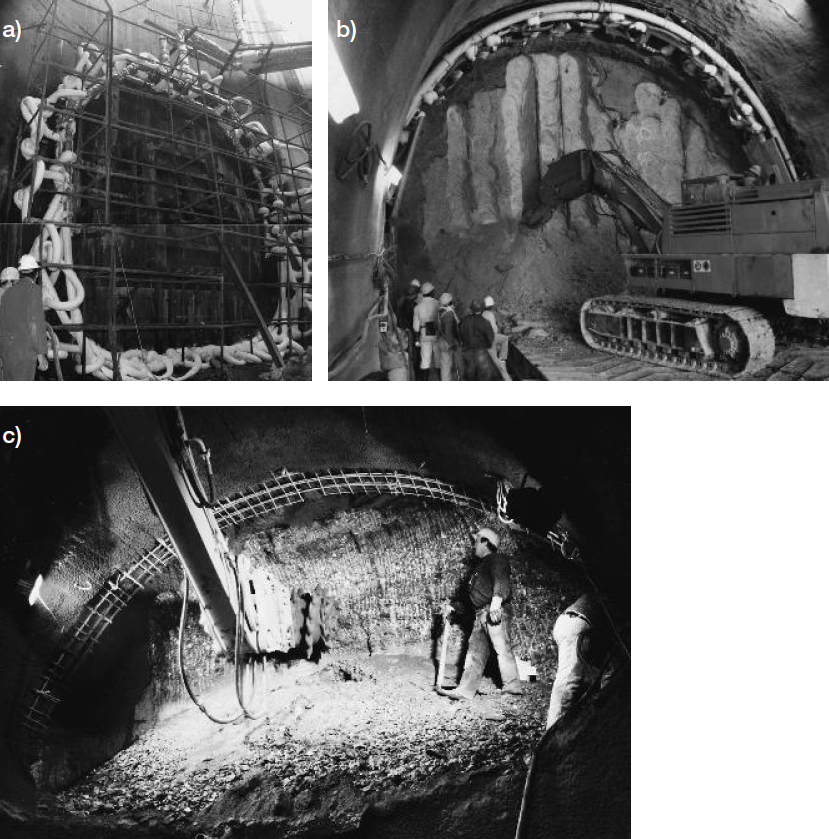