We can group all bridges in the world into four basic types: girder bridge, arch bridge, cable-stayed bridge, and suspension bridge.

The steel cables are held in position by enormous concrete anchor blocks. These are at either end of the bridge. Each anchor block weighs more than the amount of cable it has to hold as well as a large proportion of the weight of the roadway. The anchor blocks must also be heavy enough to hold up the number of vehicles that are expected to be on the roadway at any time. 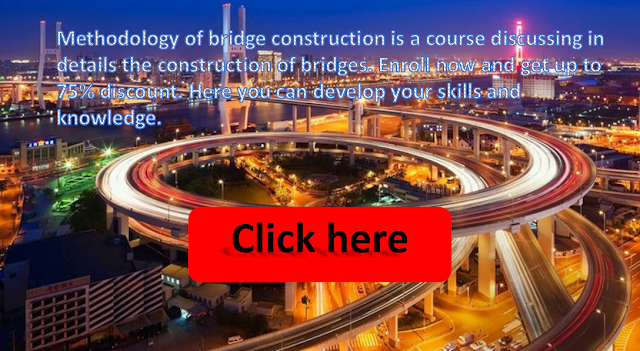 An arch bridge is a bridge shaped as an upward convex curved arch to sustain the vertical loads. A simple arch bridge works by transferring its weight and other loads partially into a horizontal thrust restrained by the strong abutments at either side. The arch rib needs to carry bending moment, shear force, and axial force in real service conditions.

A long bridge may be made from a series of arches although other more economical structures are typically used today.
Chaotianmen Bridge over the Yangtze River in Chongqing (China) with a span length of 552 m

The cable-stayed bridge is a bridge similar to suspended bridge in that it has towers and a deck that is held by cables, but its cables carry the deck by connecting it directly to the towers instead via suspender cables. The cable-stayed bridge ranks first for a span range approximately from 150 to 600 m, which has spanning capacity longer than that of cantilever bridges, truss bridges, arch bridges, and box girder bridges, but shorter than that of suspension bridges.

the cable-stayed bridge is very economical and has elegant appearance due to the relatively small girder depth and has proved to be very competitive against other bridge types.

Girder is a term used in construction to refer to a supporting, horizontal beam that can be made from a variety of construction materials such as stainless steel, concrete, or a combination of these materials. A girder bridge is a basic, common type of bridge where the bridge deck is built on top of such supporting beams.