By Mohammad - August 24, 2019
The jacking method will be determined based on several factors such as the number of strands, the shape of the post-tensioning duct and the profile shape of tendons. there are two methods used to tension prestressing steel.

mono strands stressing is performed by stressing each strand individually. this method will be suitable for a limited number of strands. usually it is used in stressing building slabs. the strands will be placed side by side inside a flat-oval duct. therefore stressing strands one by one will not cause trapping of subsequent strands.

This method can be used for multi-strand longitudinal strands only if there is no curvature in the tendon profile. the designer should consider the loss of the prestressing force due to elastic shortening. the loss of prestressing force should be considered for all subsequent strands and the stresses loss will increase by the increase of tensioned strands number. 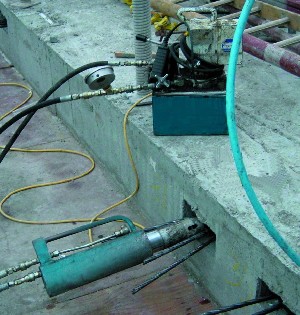 the friction losses depend on the length and angular change of post-tensioning tension profile. for long tendons two-end stressing is used to reduce the friction losses. in this method, the same strand tensioned from both ends. the tensioning can be performed simultaneously using two jacks or the strands will be tensioned at one end then from the second end.

Multi-strands jackes are used widely to stress longitudinal tendons. in this method all strands for a single tendon is tensioned at one time used multi-strand jack.
single end stressing are referred to tendons that are stressed at one end only. tendons are usually similar and number and symmetrical in the superstructure. therefore alternative end stressing are used similarly as in single strands to improve the stress distribution of the post-tensioning method. 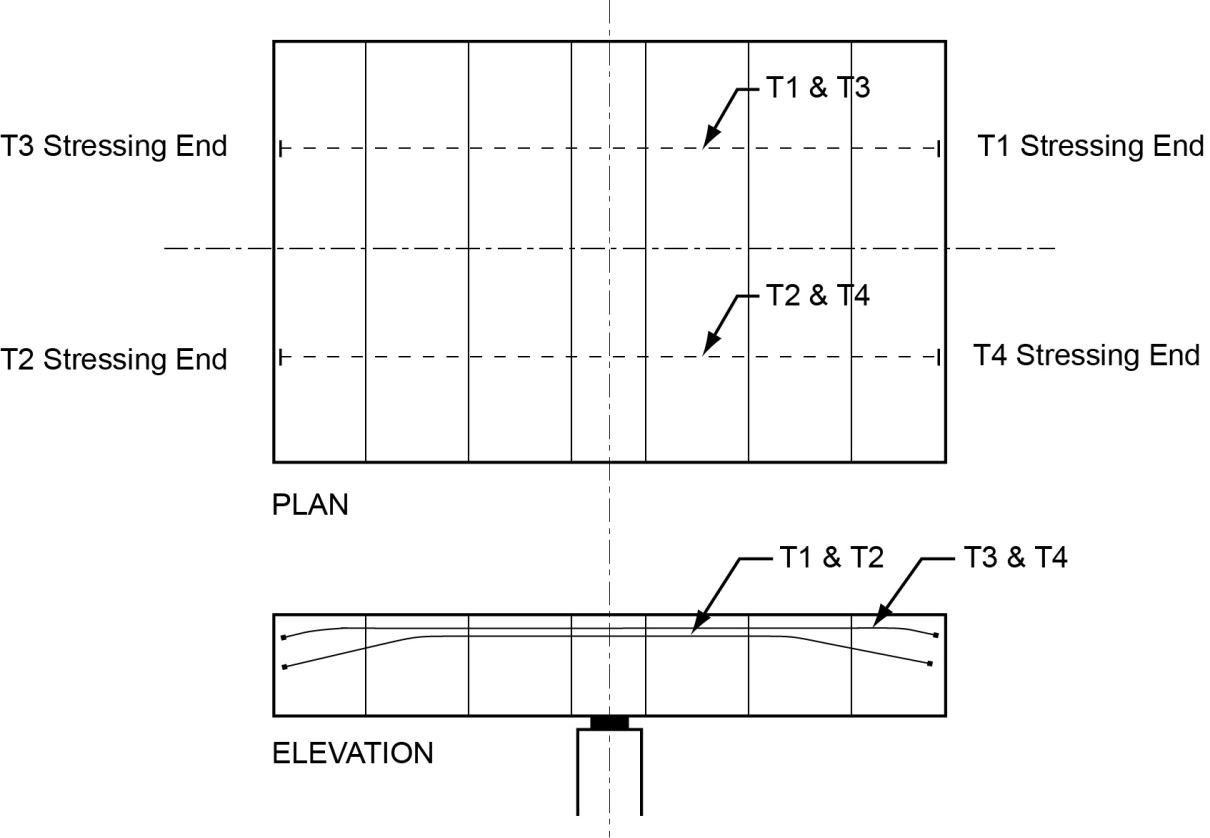 The second method two jacks are used. the prestressing force is applied simultaneously at both ends. Each jack will pull approximately half of the elongation.

Curve bar tendons are rarely used. straight bar tendons are commonly used with a space around the tendon there will be no friction losses. also when the nut are gradually tighten around the bar during the jacking process there will be no or little losses due to anchore seat. The sequence in which PT bars are stressed should be clearly shown on the Contract Plans or approved shop drawings. 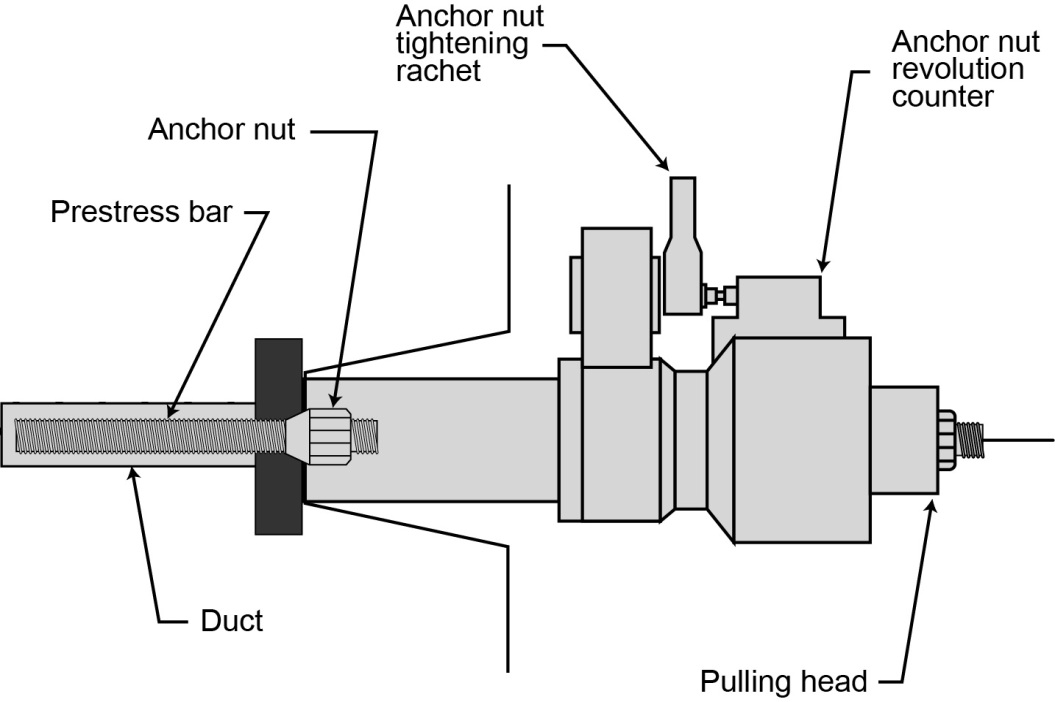