By Mohammad - September 14, 2019
Fly ash is supplementary cementitious materials used in the concrete mix to reduce the amount of cement and to improve concrete properties. Fly ash is a by-product of burning pulverized coal in an electrical generating station. Upon ignition in the furnace, most of the volatile matter and carbon in the coal are burned off. During combustion, the coal’s mineral impurities (such as clay, feldspar, quartz, and shale) fuse in suspension and are carried away from the combustion chamber by the exhaust gases. In the process, the fused material cools and solidifies into spherical glassy particles called fly ash. The fly ash is then collected from the exhaust gases by electrostatic precipitators or bag filters. The performance of fly ash depends on physical and chemical properties. Chemical composition is dependant on coal composition, and it can vary for a different type of coal. 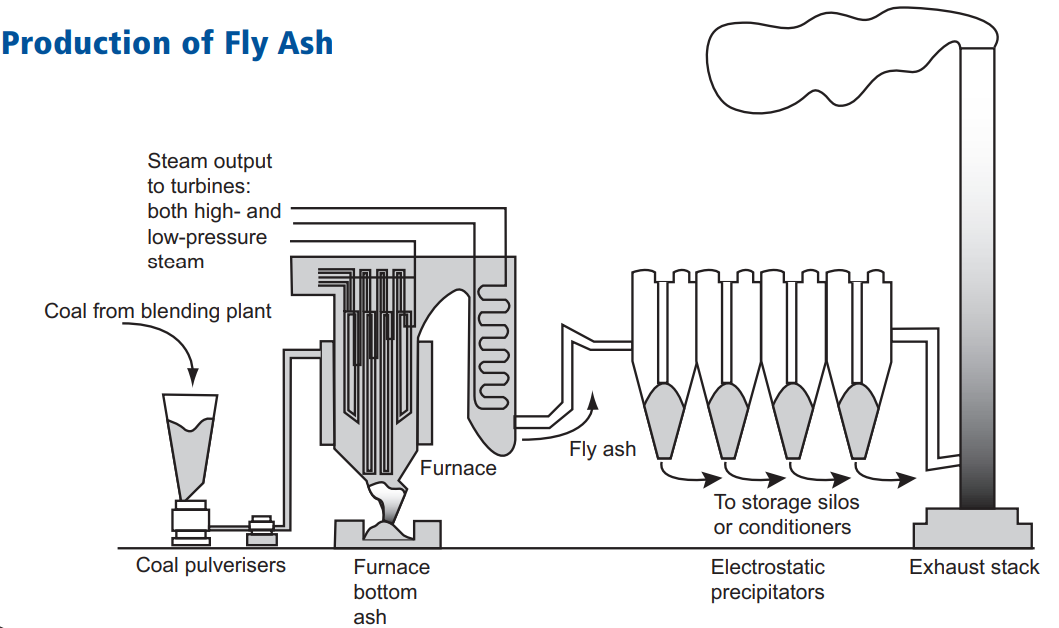 The using of good fly ash with high fitness will improve concrete workability. It is estimated that the using of 10% of fly ash will allow a reduction of water content by 3%. Fly ash concrete mix should be appropriately proportioned to improve workability and reduce the water content. Adding fly ash to the concrete mixture will increase mix cohesiveness and reduce segregation.

Fly ash tends to reduce the initial and final setting time of concrete. The using of fly ash concrete mixture in cold weather will pose difficulties in term of placing and finishing of concrete. Also, it will delay the removal of formwork. Fly ash content should be limited in cold weather. In hot weather the retardation effects due to fly ash are small. Fly ash concrete mixture is suitable for mass concrete. Low rate of hydration will produce low internal temperature, which minimizes the thermal cracks.