By Mohammad - March 30, 2020
The purpose of using steam curing is to increase the rate of gaining strength of casted concrete. As a result, the forms can be removed earlier, and the period of concrete curing will be reduced significantly. Moreover, forms can be utilized to cast new members which save time and money. The principle of steam curing is based on the fact that the increase in actual temperature will result in a high rate of strength gaining. Therefore, steam curing used to accelerate the rate of gaining strength. Steam at atmospheric pressure where the temperature is less than 100 C is wet, so it is considered as a special case of moist curing. 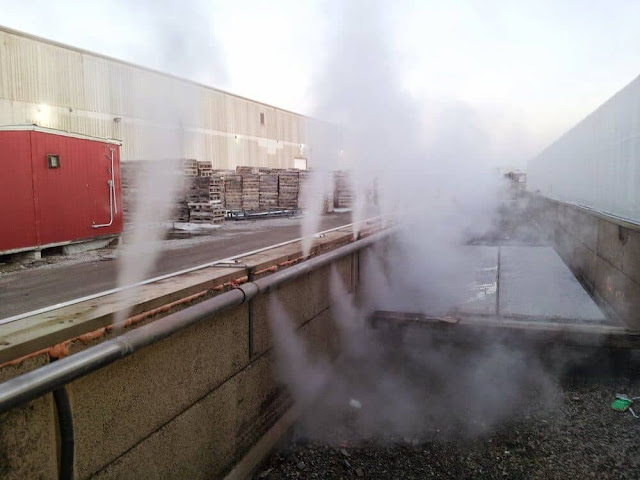 Steam curing used mainly by precast factories to expedite production and reduce the time between casting and shipping a concrete member. Steam curing normally applied in special chambers in which concrete members are shifted there on a conveyer belt. Alternatively, steam curing be applied by portable boxes, these boxes will be placed above concrete member, and the steam will be supplied through flexible connection. The early application of high temperatures can cause serious adverse effects on concrete. These adverse effects will be more significant for a concrete mix with a high water/cement ratio and for rapid hardening cement (Type III). The delays in applying high temperatures will result in better development of strength in later stages of concrete member life.

The cycle of steam curing can be varied for different types of concrete mixes. The typical cycle of a concrete mix will begin after a delay period of 3 to 5 hours. Then the temperature is raised by a rate of 22-32 C per hour until it reaches 66 to 82 C. after maintaining the temperature for a specific time as shown in figure no:2, a soaking period will start. At the soaking period, no heat will be added, but the concrete will take residual heat and moisture. The total cycles of steam curing should not preferably exceed 18 cycles. 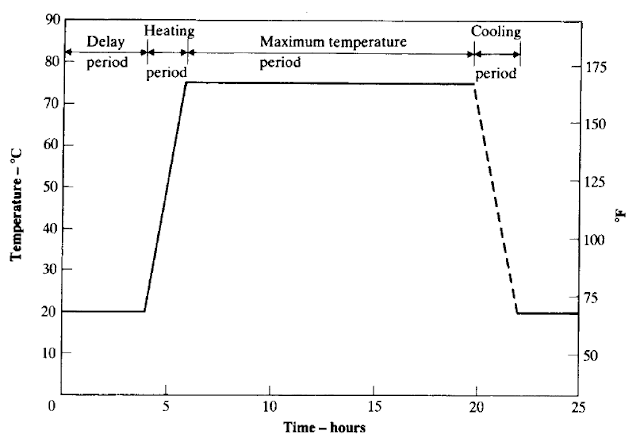