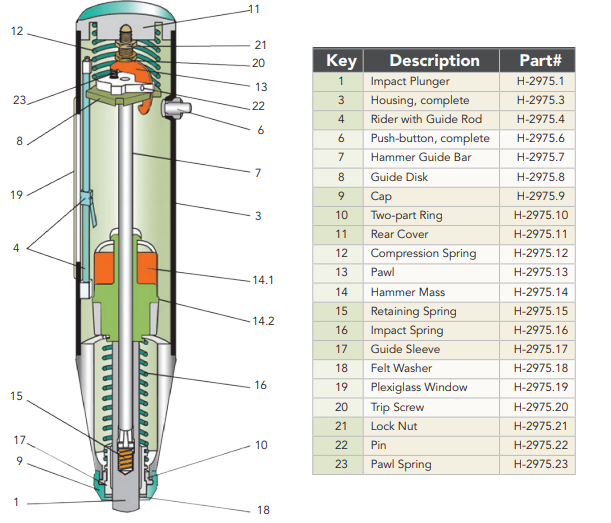 A rebound hammer can be used to evaluate the compressive strength of a concrete member, quality of concrete, and uniformity of concrete. The approximate impact energy required for the rebound of the hammer for different applications is shown in table no:1. 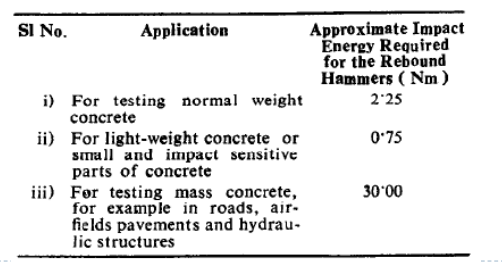 
The manufacturers of the rebound hammer will provide a typical conversation curve like the one shown in figure no:3. The average 6 reading will be used to determine the compressive strength of a concrete member from the conversation curve given by the manufacturers. In general, the rebound magnitude will increase by the increase of concrete compressive strength. However, it is affected by various parameters such as type of cement, type of aggregate, surface condition, curing, and age of concrete and others. 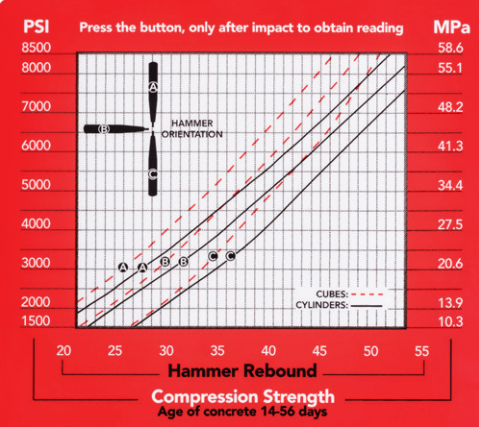 Rebound hammer test can be used as an indicative test. It can not be used as a substitute to cube or cylinder compression tests under any condition. Moreover, the test will evaluate the compression strength for limited depth of concrete from the surface. The internal cracks, flaws, etc. or heterogeneity across the cross-section will not be indicated by rebound numbers.