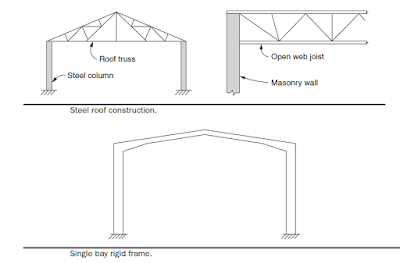 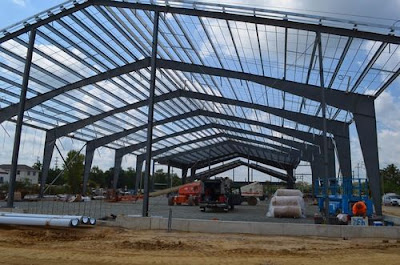 Another type of steel structure is framed structures that consist of beams, girders, columns, and diaphragms. This type of structure can be single or multistory. Figure no:2 shows the second story of a steel building. We can see the floor diaphragm spanning east-west above the supporting beams. The floor diaphragm consists of concrete fill and steel deck, as shown in figures no:4 and 5. The beams span north-south and supported on girders, as shown in figure no:4. 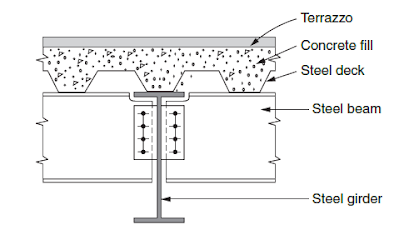 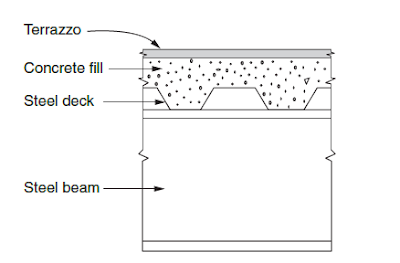 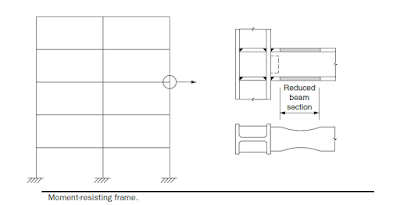 Concentrically and eccentrically braced frames can be used to resist the lateral loads. These systems have less drift and simpler connections compared to the flexural connection. Therefore, it is less expensive. The disadvantages are the limiting of structure height, and architectural limitation. 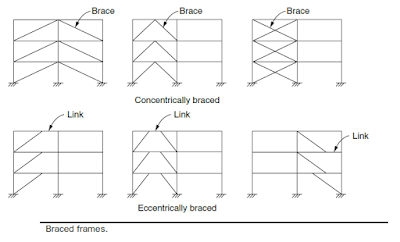 Figure 7
Also, shear walls can be used to resist lateral loads. This system provides less drift, but it lacks redundancy. 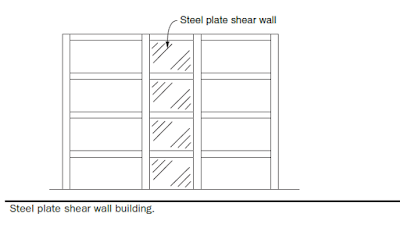